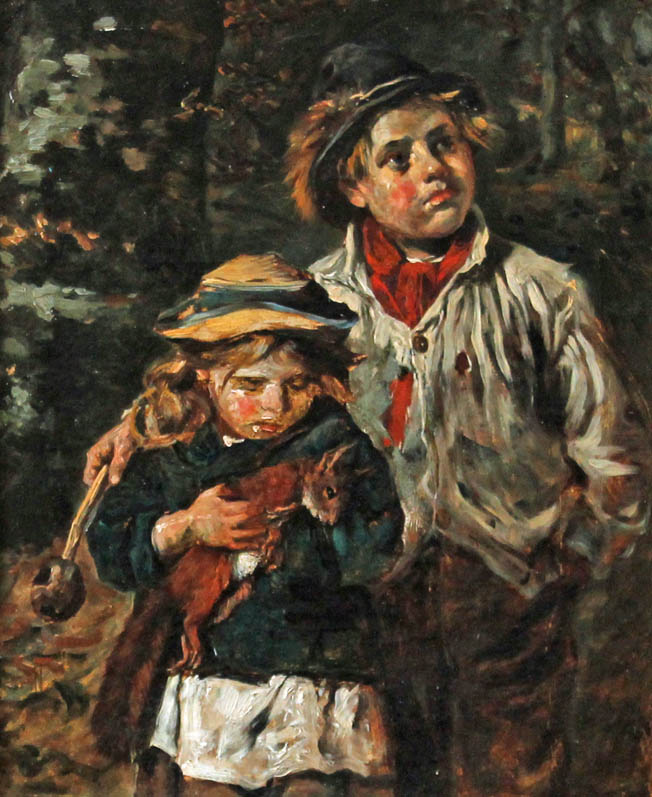 
John Emms was an artist who became one of the finest dog and animal painters in the Victorian period. He spent his early life in Norfolk but moved to London and became Lord Frederick Leighton's studio assistant. His commissions took him to Lyndhurst in the New Forest where he settled and painted many first-class paintings using his quick, confident and vigorous brush strokes. John Emms exhibited over 200 paintings at the Royal Academy in London and a few more paintings were exhibited in Paris and Dublin. Today, 22 of his paintings are held in UK museums, including Southampton City Art Gallery, Russell-Coates Art Gallery and Museum in Bournemouth, and Tatton Park, Knutsford, Cheshire. 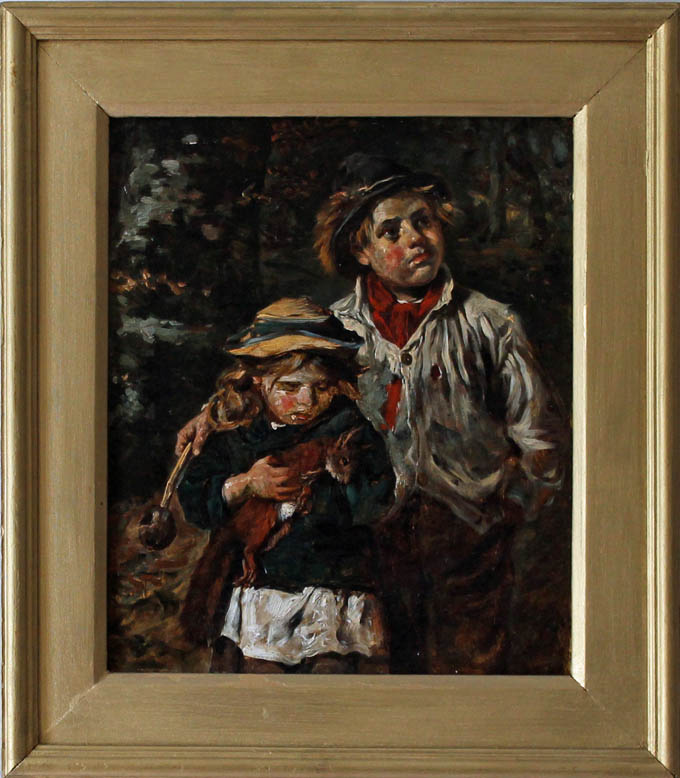