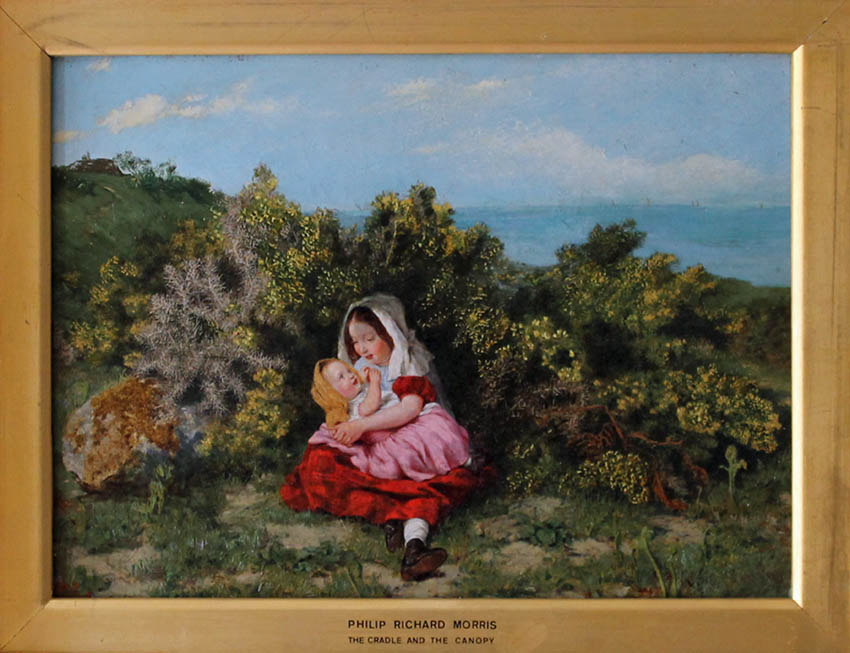 The Cradle and the Canopy

Oil on canvas, signed on rear

Philip Richard Morris was encouraged at a young age to draw and study at the British Museum by the co-founder of the Pre-Raphaelites, William Holman Hunt. From 1855, he studied at the Royal Academy School and won the travelling studentship prize for his painting, The Good Samaritan. He returned from his travels in France and Italy in 1864 and exhibited 83 paintings at the Royal Academy, 11 at the British Institution, 19 at the Royal Society of British Artists and 31 at the Grosvenor Gallery. 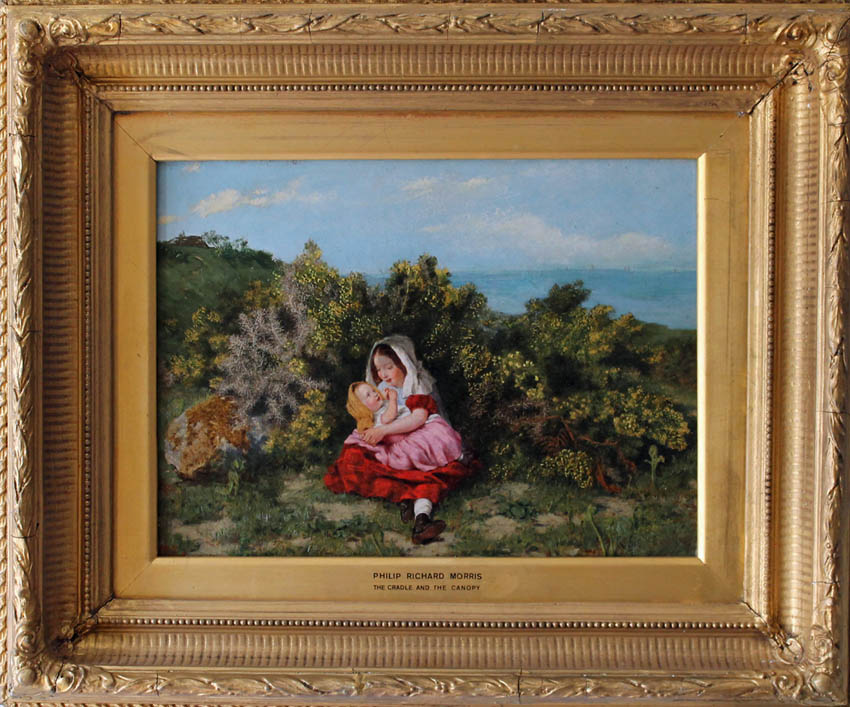